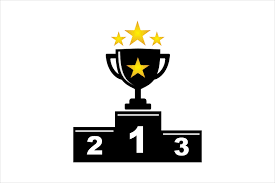 Almost 2 weeks ago was the final of Talent 360, a glamourous gala event. The gala was a success and an amazing experience for all finalists. Two of the winners (Leatitia and Razia) were interviewed weeks before the event took place. Meet in this blog the winner of the drama category, meet Leatitia!

Leatitia Solomons (33 years old) is a finalist for the drama category in the Talent360-competition. Leatitia won the semi-finals in Cloetesville. She was born in Stellenbosch hospital, but grew up on a farm together with her two siblings, parents and grandparents. When she was 7 years old her parents built a house in Tennantville and moved in. Leatitia and her siblings stayed behind with her grandparents. When she grew older she had to move to town, there was no high school where she grew up and her grandfather decided that she needed to go to a good school now . Laetitia ended up at Bloemhof Girls High.

After High school she went to Boland College, here she qualified as a Legal Secretary. She decided this wasn’t good enough and followed an extra course in wine at the Wine Academy. And so Leatitia ended up in the wine industry of Stellenbosch. Here she got into different jobs, at the Municipality, Haumann Smal design studio, Boschendal Wines and at Vinimark The Wine Company. “I was making money, but somehow I wasn’t really happy.”

In 2009, Leatitia’s life changed completely when her grandmother died, out of the blue. “She always supported me in singing when I was a child. So I realized that what I was doing wasn’t really what I wanted to do in my life. Plus the fact that I couldn’t get off from my job, was part of the reason why I resigned for the job. I was scared of course, because I had a comfortable life and a comfortable job.” She decided to focus on her passion: drama. Despite this great change in her life, Leatitia is very grateful for the support she gets from the family.

Leatitia’s first job in drama was at the Breughel Theater in Cloetesville. The job was to go to primary schools and do educational puppet theater. “I learnt a lot, I told them I don’t mind if you don’t pay me, but tell me anything that I could do, anything. Just to do drama.” Leatitia didn’t get paid, but through networking with people, she found a job as understudy for the educational theater of the Stellenbosch university. She loved the job, however her grandfather got a stroke last year and she could no longer combine her work and the care of her grandfather. Nowadays, Leatitia is doing a lot of auditions, she even has her own agent.

Being unemployed no longer scares Leatitia. “I understand that life is about money, about providing. You need to earn money to survive. And sometimes you have to put your dream behind so that you can think of your children’s dream. If I was a parent, I would probably.” One of the reasons why Leatitia keeps on trying is because she knows she has the qualifications and experience to fall back on. But she understands this is not the reality for everyone. “I know it is difficult for people to follow their dream, because of the fact you need to earn serious money. But remember – I didn’t die when I chose to do what I want to do. I believe it is possible.”

When she got to hear about the Talent360-competition she thought in the first place that she was too old to participate. She didn’t spent much time thinking about participating when she found herself in Idas Valley library while auditions were on. Later, when Talent360 came to Cloetesville she found out that she wasn’t too old, and the prizes – like performing at the Woordfees – interested her and so she ended up at the auditions. “The thing is I never did something on my own, something alone in front of a lot of people. It is easier when you perform with a group of people. You can react on other people. But with you all alone there, it is just you and your voice and your emotions. The competition was the first time that I wrote something myself, and that I was performing all alone.”

The piece that Leatitia wrote for the competition is based on a true story. “I went to the clinic, because I am unemployed I couldn’t afford to go to the doctor any longer”. She was inspired by what she experienced there.

She loved to perform in front of the big audience at the Open Day. “I think why I love drama is because you can be so many different people and sometimes you tell the sad stories and people think you are acting.” At the moment Leatitia is busy working on something new. “I want to do the competition and I wanna do my best. And… win. Oh, I want to win!”

Route 360 will be the first route in South-Africa that is a non-geographical route. It is a route that consist of packages for the visitors of Stellenbosch, which include cultural activities that were previously only accessible to local inhabitants. Stellenbosch 360 created Route 360 to provide a platform for previously disadvantaged communities who generally lack tourism infrastructure to enter tourism through cultural activities, using inherent talent and existing resources. Through blogging I would like to introduce these local inhabitants, in this blog you will meet Portia. Portia has big ambitions. 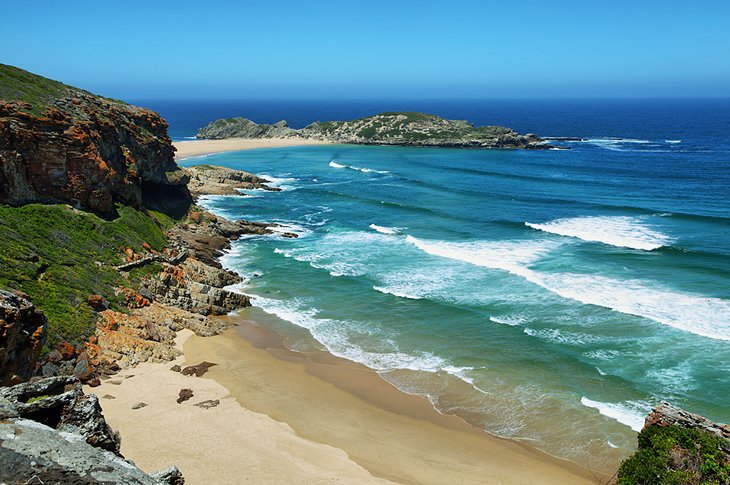 Portia Nzanzana, 41 years, was born in Port Elizabeth. Portia is a jewelry designer and dreams of her own art gallery. Portia moved to the Western Cape in 1984, because there was a strike and the people were fighting for education. Her parents decided that Portia would go to school in the Western Cape. Portia never finished high school, she came unto grade 10, and then decided to go to the fashion design school. After one year she had to quit fashion designing because of finance and Portia started working, “You know back then, you needed people to guide you, it was difficult because of costing’s. And so I ended up just making money, first part-time, but soon I ended up working fulltime.”

For many years Portia went from one job into the other. She was a packer at Stellenbosch winery, she found a job in several shops and finally ended up as a cleaner. But in 2004, Portia met the right person who could bring her back on the path of her passion, designing. While Portia was working at a farm, she met a lady with a designing shop in Cape Town. They started talking and together decided that Portia could help her with designing. Portia wasn’t into fashion designing for a long time, and when she started designing again it was great fun and a great release. Portia was designing necklaces, bracelets, earrings and many other things, it was the place where Portia realized her real passion in life, designing. But there was also another passion that raised in Portia, being business-minded lady, she longed to have her own shop. And so Portia decided to pull out and do her own thing.

In 2006, Portia started to design her own products and took it with her to the Ikhaya Trust centre in Kayamandi, the manager decided that it was good and gave Portia a place to sell her products. While selling her own products, Portia had to share the shop with four other ladies. Tourists used to come to this place and business was going well. Unfortunately, in 2009, Ikhaya Trust centre started a renovation of the building, but arranged an alternative for its crafters and Portia and other people were moved to a container. Here, business wasn’t going well.

Portia realizes very well that since she started to work for herself in 2006 she started growing. “I can see that I was growing, I could finally move forward. I didn’t want to stay low all the time, I want to reach something in life. But I realize that I can’t move fast, you have to take small steps forward, going up slowly.” At the moment Portia is working in a small shop, which is not hers, she feels stuck, but realizes that earning money is important. She wants her children to finish their education, and her daughter is now going to Boland College.

“I’m looking forward to have my own shop, to have an art gallery.” Portia’s dream is an ambitious but clear one and she knows where she is aiming for. “I want a place where tourists can come, I want them to come to one place.” And so, Portia’s dream is not one for herself, but also one for the other crafters in Kayamandi. Portia wants an art gallery where all people of Kayamandi can show their products, not only her own products will be there. “But the problem is that most people don’t want to focus on business, they want to work for someone, which is difficult. They don’t know that their stuff is valuable. For a shop to function you need someone who says, okay we will focus on this and this is the plan.” Portia knows that she is capable of taking this role in the business, and that is why she won’t give up. Portia does not just want a normal craft shop, she is clearly calling it an art gallery. “I’m a designer, I do art. I don’t say that I am beading stuff, no I design. The reason why I say so: plenty of stuff is not peoples own. You know what I do is very simple, but when you start designing, you come up with new ideas and you bring new kind of products on the market all the time.” The art gallery will show products that you cannot find anywhere else, and therefore Portia would like to have a website on the internet. People need to know what is going on in Kayamandi, tourists must be able to find out why they should go to the art gallery in Kayamandi, and so Portia would like to start advertising on the net. Recently she got her first tablet and the first steps are taken.

Portia would like to make sure that this art gallery will be there in a few years. “It will boost the economy and hopefully we can make some money.” And then the next step will be going online, going national and international. “I hope that someday people can order my products online. But by that time the gallery must be busy and we must be making money.” And all the while, Portia would like to offer her own family something she never got, which is good education so that they will be able to reach for their dreams in life.